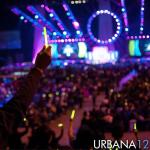 Perspective shifts are hard. New things are hard. Taking on a new paradigm while releasing an old one is hard. I think there’s something inside most of us that automatically resists change. It’s sort of our default setting.

Three days ago at Urbana I watched hundreds of college students do a hard thing. Actually, they did the hardest thing. Captured by the truth of the Gospel and smitten in a fresh way by Jesus, they embraced a new-found faith and started (or re-started) their adventure with Jesus. How powerful to watch these students open up glow sticks in a darkened arena, symbolically admitting that, like Peter, Jesus is more qualified to run their lives then they are themselves.

Similarly, surrendering male privilege requires a shift of perspective. It begins with admitting that this thing exists. And for many, it will be hard. Because of this, let me put forward what I think is the biggest key to embracing this or any other new paradigm:

Cultivating a posture of curiosity.

That’s it. I think becoming a curious person is the key to admitting that a new thing could actually be true. Curious people ask thoughtful questions. They’re observant. They aren’t along for the cultural ride; instead, they are compassionately analytical and engaged.

I take my cue from the apostle Paul in Acts 17:16-34. It’s a great passage. Paul gets dropped off in Athens and evidently he has some time to kill. So he wanders around, paying attention. He’s curious. And, evangelist that he is, Paul uses the time to carefully discern the spiritual climate in the city.

Fast forward some time later and now Paul is preaching at the Areopagus. The Athens Areopagus was a world-renown debate hall; according to the text, it was a place where people “talked about and listened to the latest ideas.” For the young faith and its anointed evangelist, this was a critical moment.

So check out how Paul starts his sermon:

“People of Athens! I see that in every way you are very religious. 23 For as I walked around and looked carefully at your objects of worship, I even found an altar with this inscription: to an unknown god. So you are ignorant of the very thing you worship—and this is what I am going to proclaim to you.”

And with that statement Paul redeems his curiosity for a relevant and contextual proclamation of the Gospel. As a result, Athenians make the same decision that the students did at Urbana this week.

So let me invite you to cultivate a posture of curiosity. You won’t come to a place where you are able to admit that male privilege exists if you do not. So, go ahead, take the Tertullian Challenge this week and look around you for examples of male privilege in your context. Be like Paul and just pay attention. And when you see something, let me know.

What about you? How can you cultivate a posture of curiosity in your life?

2 responses to “On Changing Perspectives”